The gently undulating lands of Lincolnshire are famed for their beautiful wolds and fens, alongside vast tracts of fertile farmland. This history-steeped county also boasts stunning beaches and several remnants of the Roman Empire. For those seeking a rural or semi-rural location for a Shared Ownership property, Lincolnshire ticks all the boxes.

For all enquires get in touch below

Residents of Lincolnshire with a love of the outdoors have an array of weekend options available to them: from characterful beach resorts like Skegness and Mablethorpe to the Lincolnshire wolds and fens.

Signs of history are everywhere in Lincolnshire. Sections of Roman walls remain, as well as the UK’s only Roman arch still used by traffic. Other notable structures are Lincoln cathedral and Lincoln castle.

Much of the county’s prosperity is drawn from agriculture and fishing, so many firms are focused on food production, including Findus, Ross and Nisa. Lincolnshire also supports a range of other industries, such as publishing, engineering and manufacturing (the UK’s only printer cartridge maker works out of Boston).

The county also has a good road and rail network, connecting it to nearby Sheffield, Nottingham and Peterborough – making it a great place to live and work. 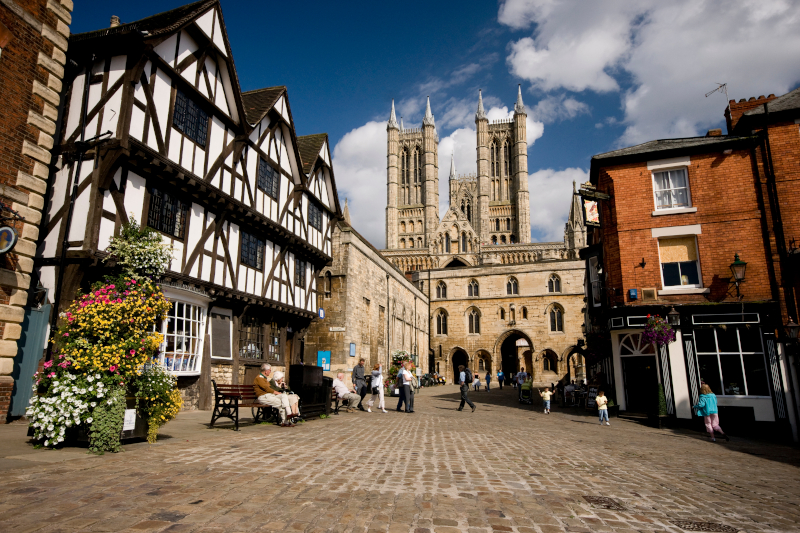 Points of Interest in Lincolnshire

Discover some of Lincolnshire’s best-loved landmarks and attractions.

Lincoln’s early Gothic cathedral remains the centrepiece of the history-rich county town. Construction began in 1072, and it was by some accounts the second tallest building in the world for 238 years, after the Great Pyramid at Giza.

It also held one of four copies of the Magna Carta for four hundred years (now it’s in Lincoln castle).

Fantasy Island is a small but highly entertaining family amusement park on the Lincolnshire coast. Nestled among numerous holiday parks, it is well-loved for its various rides and its large indoor market offering all kinds of food.

Built in the 11th century by William the Conqueror, Lincoln Castle boasts two mottes – one of only two such fortifications in Britain. As well as being one of the best-preserved castles in England, it also affords fabulous views of Lincoln cathedral from its ancient ramparts.

Skegness Beach is a long, well-kept beach with golden sand that delights families with its donkey rides and Victorian pier. The water is shallow enough for safe paddling, while the beach receives ongoing praise for its cleanliness.

Our affordable and Shared Ownership homes in Lincolnshire are close to a wide range of local amenities.

For those who wish to get on the property ladder in Lincolnshire, Shared Ownership may be a great alternative to a mortgage.

Lincolnshire is home to many excellent state-funded and private schools. Among the best-rated state schools are Bourne Grammar School, Kesteven and Grantham Girls' School, and Caistor Grammar School.

From Lincoln, nearby Sheffield takes just over an hour by rail or road, with similar time frames for Peterborough to the south. Those travelling by plane can choose from Humberside International Airport (30 miles from Lincoln); Robin Hood Airport (Doncaster Sheffield) (35 miles); and East Midlands Airport (50 miles).

The three main NHS hospitals with A & Es are Lincoln County Hospital, Pilgrim Hospital and Grantham and District Hospital, although several other NHS facilities exist. There is some private healthcare provision, including cosmetic/plastic surgery. As you might expect, GP surgeries, dentists and opticians are located county-wide.